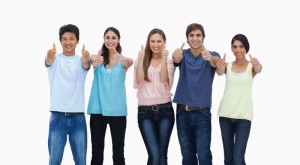 Be among these Big Green Egg owners and marvel at the most amazing grill ever made.

We’re going to make a big, bold statement: The Big Green Egg is the best grill ever made. And at the Hearth and Patio Store we know good grills; after all, we’ve been dishing up the best in outdoor living products in Southern Maryland for 30 years. Let us tell you why we are head over heels for the Big Green Egg.

Where do we even begin with regards to how much we love the Big Green Egg? It’s a grill, oven, and smoker in one that’s made of state-of-the-art ceramics and equipped with precision temperature controls. The grill comes with a patented draft door and a dual-function metal top so that temperature can be easily adjusted to accommodate both ultra-high heats (for searing) and low heats (for smoking).

The Big Green Egg is best known for imparting major flavor in foods like steak, fish, ribs, lamb, pork chops, vegetables, even casseroles, pizzas, and pies. The Big Green Egg, which got its name because it is glazed with a permanent porcelain in a signature green color, is available in six sizes from small to extra large. In addition to the grill itself, the Hearth and Patio Store offers custom islands and Egg tables, nests and handlers, as well as “Eggccessories” like smoking woods and charcoal, thermometers, cookware, and much more. Read more about the Big Green Egg here.

The History of The Green Egg

The first Big Green Egg store was opened in 1974 in Atlanta, where entrepreneur Ed Fisher introduced the first iteration of today’s Egg as we know it. Though it’s come to be known as a very American product, that first Egg and all those since are modeled after the dome-shaped clay cooking vessels first seen during the Chinese Qin Dynasty and then used by the Japanese in the third century. These cooking vessels are known as kamado-style grills. In other words, the Big Green Egg melds old world tradition with new technology for the best of both worlds.

Fisher discovered these dome clay cookers while on a trip overseas, and fell in love with the superior taste they delivered. After importing them for friends, he decided to open his own shop and trademark his own kamado-inspired grill—The Big Green Egg. He didn’t get it right off the bat, however. His first Eggs were deemed too fragile, so Fisher went back to the drawing board, with a focus on refining the composition of the ceramics used in the grills. Now, thanks to materials initially developed by NASA, the Big Green Egg is anything but fragile. The company now claims to have the strongest, most durable, and best heat-insulating grill on the market.

We love the Big Green Egg so much that we’re even hosting a day-long Eggfest in May 2014 in Waldorf, Maryland. You can read all about it on our Eggfest page, but basically it’s going to be a gathering of hundreds of Big Green Egg fans and enthusiasts who can showcase their skills and talents. It’s also a great event for those of you who are interested in owning a Big Green Egg to sample the amazing food coming off the Eggs and to learn all the different cooking possibilities. There will also be “used one time” demo Eggs for sale. The Waldorf Eggfest will be located at 2475 Old Washington Road on May 3rd, 2014, from 9 – 4 p.m.

If you’d like to learn more about the Big Green Egg or our Eggfest this May, don’t hesitate to contact us. We love teaching our customers about how to get the most enjoyment out of their Eggs. We’re also happy to tell you about our extensive selection of pellet and gas grilles.